One thing you will find plenty of in Loudoun (pronounced lau·dn) is culture. Located in Northern Virginia, just 25 miles outside Washington D.C., Loudoun County is a haven for outdoor enthusiasts, foodies, beer and wine aficionados, and history buffs alike. In western Loudoun, you can find countless working farms resulting in the area becoming a hotspot for families looking to visit orchards, pick their own fruit, and reconnect with their agricultural roots.

In 2022 Loudoun County Public Schools were rated #5 in Virginia. Their mission is to “empower students to make meaningful contributions to the world”. Loudoun has also been named as one of the Best Communities for Music Education by the National Association of Music Merchants for the past 15 years. It has a 92% average graduation rate with 86% of students are at least proficient in math and 84% in reading.

Historically, Loudoun County was part of the Northern Neck of Virginia Proprietary granted by King Charles II, consisting of 5-million-acres; gifted to seven noblemen in 1649. Originally part of the land designated as Fairfax County, in 1757 Fairfax Count was divided with the western portion being named Loudoun County after the fourth earl of Loudoun.

Map of the area 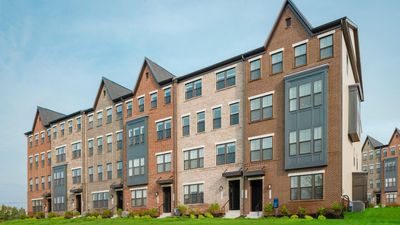 Please remove some of the selected filters.

Angie McDaniel is a licensed REALTOR® and subscribes to NAR's strict Code of Ethics, which is based on honesty, professionalism and the protection of the public. We fully support and operate in accordance with The Fair Housing Act.

Sign Up
Already a User? Sign In
You have been successfully registered
Please check your email.
Go to the homepage
Sorry something went wrong
Please try again.
Try again